Manchester United are reportedly making a three-year plan based on making eight signings over the next two transfer windows.

It seems the Red Devils board want to continue to back manager Ole Gunnar Solskjaer despite the team’s poor start to the season.

United have been dire so far as they struggle for both results and convincing performances, and this has led to some talk that Solskjaer could be sacked already.

However, according to Jason Burt of the Telegraph, United seem to be planning for the long term with Solskjaer and will back the Norwegian tactician in the transfer market.

It remains to be seen if MUFC will live to regret this, though some will also be sceptical about the club sticking to this plan.

If results don’t improve soon, one imagines United bosses could be persuaded to change their mind on this and try again with a new manager instead.

In fairness, there are probably more qualified managers out there who could lift the team out of this slump. 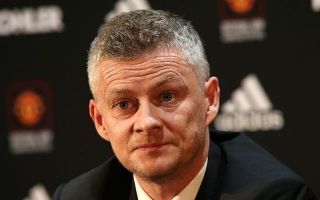