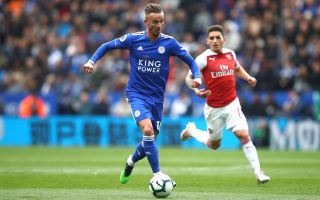 The England Under-21 international has just had a superb first season in the Premier League, having first caught the eye in the Championship with Norwich City.

According to the Independent, Maddison could be set to continue his remarkable rise with a summer move to Old Trafford.

The 22-year-old certainly seems an ideal signing to suit our style of play, and there’d be the boost of us beating Arsenal to his signature, according to a recent report linking him with the Gunners via the Mail.

Given that we’ll most likely be competing with Arsenal for a top four spot again next season, it’s crucial that we take any opportunities possible to land top talent ahead of them this summer.

Maddison also just generally looks like a player with a big future and would instantly give us an ideal replacement for Juan Mata as he nears the end of his contract.