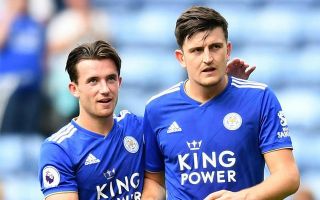 The Red Devils badly need a new signing of this type in central defence, with Maguire impressing in his time in the Premier League and the England national team.

ESPN have linked the 26-year-old as a target for Man Utd this summer, and there’s no doubt most fans would be thrilled to see a top talent like him make his way to Old Trafford.

He’s also been linked with Man City, however, with the Sun claiming he could cost as much as £90million.

Sheringham certainly rates him highly, and explained that he believes Ole Gunnar Solskjaer needs to be recruiting British talent to build his side around.

We’re not too bothered about where our players come from as long as they wear the shirt with pride, but Sheringham has a point about a lot of recent successful sides in the Premier League having at least a few core players who are homegrown.

“I think Harry Maguire is the one for me. He’s got great leadership qualities, and has a real calming influence. He’s very similar to Rio Ferdinand, in that he’s cool on the ball and defends very well. That would be a fine start from my point of view,” he told BetStars, as quoted by the Manchester Evening News.

“Central defence is a big area where they need to find a Vincent Kompany or Tony Adams type player. I really believe they should go back to the British mentality. The core of any good, British team, comes from British players, as I see it. Over the last 20 or 30 years, if a British team does well in the league or in Europe, there’s always a core of British players involved.

“OK, Manchester City do go away from that trend, but in general they are players with a British mentality who understand what it takes to win. You only have to look at the past success of Manchester United, Arsenal and Chelsea, to see that core of British players.” 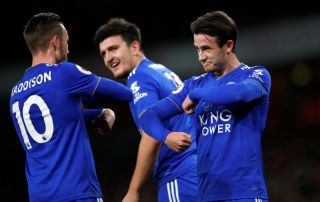