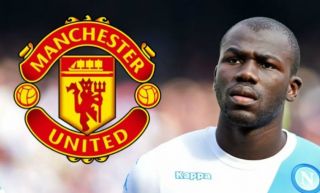 There’s been some major Manchester United transfer news today with a report of a bid for Napoli defender Kalidou Koulibaly.

The Senegal international has been the subject of a £95million bid from the Red Devils – which would both break the club’s transfer record and the record fee ever paid for a defender.

However, according to journalist Nicolo Schira, Napoli have rejected this huge offer and are determined not to sell Koulibaly to Man Utd this summer.

#Napoli have rejected a #ManchesterUnited’s bid (€110M) for Kalidou #Koulibaly. De Laurentiis doesn’t sell him and the termination clause (€150M) will be valid only from 2020. #transfers #MUFC #mutd

The reporter claims Koulibaly’s release clause only becomes active in 2020, so United would have to wait some time to get this deal done.

It remains to be seen if MUFC will now switch to other defensive targets, with plenty of other options out there.

ESPN recently claimed Leicester City’s Harry Maguire was a top target for the club, and he seems like perhaps the next best and most realistic option at the moment.

While the England international is not quite in Koulibaly’s league, he’s been superb at Leicester, has Premier League experience, and the likes of Matthijs de Ligt are most likely non-starters. 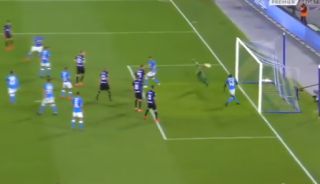