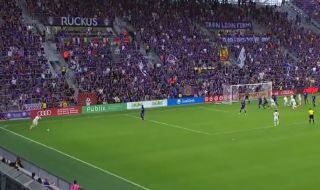 Manchester United legends Wayne Rooney and Zlatan Ibrahimovic were on form last night as they tore it up in the MLS.

Rooney, now with DC United, scored this absolute belter of a free-kick – almost from the corner flag, but right into the far top corner!

ARE YOU KIDDING ME WAYNE ROONEY?! 😱

He scores his 4th goal of the year and puts D.C. United up by 2 against Orlando. pic.twitter.com/rV8ESb55Ga

Anyone else think these two could still do a job for us? Watching highlights clips like these and sitting through some of Romelu Lukaku’s performances this season, you can’t help but wonder…