Manchester United are in luck as Real Madrid winger Gareth Bale only wants a transfer to Old Trafford if he leaves the Bernabeu.

It remains to be seen if a move will in fact happen, but Don Balon claim the Wales international has his heart set on joining the Red Devils as he looks likely to be sold in the summer.

One potential snag in this deal is that United would have to pay as much as £128million for Bale, which seems far too much for him at this stage in his career.

At the age of 29 and having suffered a major dip in form this season, it’s hard to imagine £128m would be anywhere near value for money.

If United could get Bale for less than that then it might be a signing worth pushing for, and there’s reason to be confident as a lack of other possible destinations for the player weakens Madrid’s negotiating position if they really do want to get him off their books. 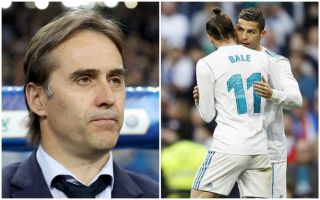