Man United have lodged a £57m bid for a highly-rated defender.

European reports this evening have suggested that Manchester United have submitted a £57m bid for Inter Milan defender Milan Skriniar.

United have been linked with the Inter defender for a prolonger period with TalkSport reporting earlier this month that both Manchester United and Manchester City were interested in the star.

Reports from La Gazette dello Sport have today suggested that United have not only lodged a £57m bid for the Inter star but they have also had a response to the bid. The report states that Inter have rebuffed United’s initial bid but it certainly shows serious and sincere interest from the Red Devils in their pursuit for the Slovakian defender. 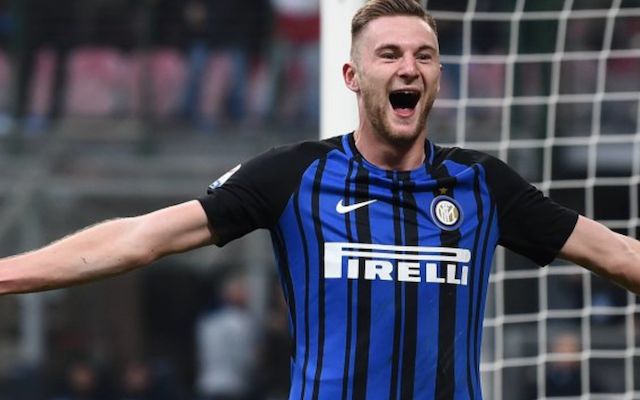 Skriniar has been the subject of a bid from Man United

While only Manchester City conceded fewer goals (27) than Man United (28) in the Premier League this season, Jose Mourinho’s tendency to continually rotate his centre-backs this season perhaps reflects that the Red Devils boss has been unhappy with his centre-backs in the last twelve months.

Eric Bailly spent a large chunk of this season sidelined with an injury and made just thirteen appearances in the Premier League this season.

Chris Smalling was Mourinho’s most used centre-back this season but the Englishman was unable to even gain a spot in Gareth Southgate’s England squad traveling to Russia for the World Cup this summer.