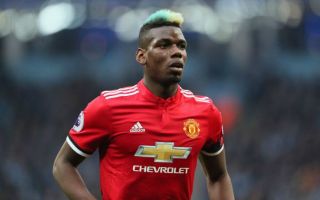 Manchester United legend Roy Keane has shown you can give a fair analysis of Paul Pogba’s situation without resorting to cliches.

No, maybe it isn’t just because of his price tag, his hair cuts, his social media activity, and maybe it doesn’t all have to be a major falling out with manager Jose Mourinho.

Discussing Pogba’s progress at United, Keane admitted the Frenchman could have been doing better at this stage, but it’s not rocket science as to why it hasn’t quite worked out that way yet.

“I like him, I think he’s a good player, a good kid. He probably needs better help around him, good influences around the training ground,” the former Red Devils captain is quoted by Goal.

“I was the luckiest man on the planet when I was a player, I always had good lads around me, senior players who led by example. Pogba probably doesn’t have that at United.”

And there you have it – Michael Carrick aside, what legendary figures did Pogba have waiting for him when he rocked up at Old Trafford last summer?

This squad has been devoid of real characters and winners for far too long now, with so many big names like Nemanja Vidic, Rio Ferdinand, Paul Scholes and Patrice Evra all leaving in quick succession following the retirement of Sir Alex Ferguson.

Pogba’s struggles have to be put into some context, and the fact is he hasn’t joined United in the kind of strong state they have been in the past.

Hopefully Mourinho recognises this and brings in some more experienced winners this summer – a few more Nemanja Matic signings and a few less Victor Lindelofs and Henrikh Mkhitaryans.