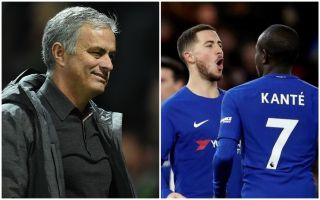 Garth Crooks might write a lot of nonsense, but he’s made a good point about Manchester United in his column for BBC Sport this week.

Discussing the form of N’Golo Kante against Liverpool this weekend, Crooks had this to say:

“He has been so good at what he does I’ve almost run out of things to say about this player. N’Golo Kante was back to his masterful self against the Champions League finalists.

Kante has won two Premier League titles with two different clubs and I dare say if he moved to Manchester United or Liverpool, the title would move there too.”

Of course, you’ll all be thinking exactly the same as me when you see that – that there’s no hope in hell of us landing such a world class player from a major rival at the peak of his game.

And yet, here we are with two ex-Blues in Juan Mata and Nemanja Matic in our squad, signed directly from them at the peak of their powers.

And yet, here we are with Alexis Sanchez. Sure, Chelsea are no Arsenal, but you get our point.

There was also an interesting story picked up by the Metro not so long ago that Paris Saint-Germain were after Kante and that Chelsea had indicated they could be ready to sell him for £88million.

For United, that’s not a huge amount of money, and Crooks is probably spot on that it could be the difference between us merely being challengers or actually winning the title next season.

MORE: Worth it? Manchester United legend explains the major sacrifice club made by signing Alexis Sanchez

Kante and Matic were a superb partnership when Antonio Conte’s men coasted to the title last season and it’s hard to think of a player more ideal for a Jose Mourinho side either.

Of course, we’d probably have to pay more than £88m due to being a rival, but for a player who brings what he brings, anything up to about £100m would surely be well worth the investment.