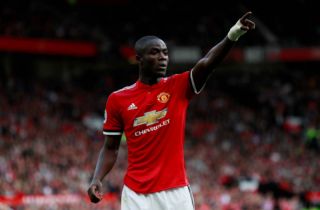 According to ESPN, United are confident that Eric Bailly will be fit for next month’s Champions League match against Sevilla. Bailly has started light running and is expected back in full training next month.

Bailly has made 10 appearances in all competitions this season, having been a regular in the league before picking up the injury – starting the first six outings. The injury occurred on international duty, but surgery a month later has corrected the problem, and he’ll be back in full training in February.

The centre-back has recently started light running, although his progress will be closely monitored by United as they’re unsure whether or not to allow 20-year-old defender Axel Tuanzebe out on loan until they’re positive that Bailly has overcome his issues.

ESPN say Aston Villa are keen on the youngster, who will be allowed a loan move away from Old Trafford so long as the Red Devils aren’t short on defensive options for the second half of the season. Having Bailly return to the heart of the backline will be a major boost for United.