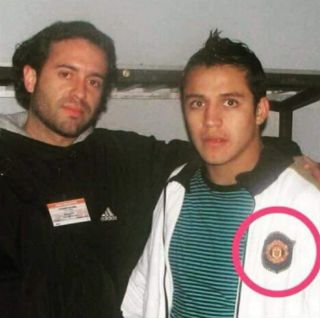 However, this image from over 10 years ago – which shows Sanchez wearing a club jacket which was sold in the 2006/7 season, when the player was at Udinese – clearly seems to indicate that there is a little more than just fluff to his comments, which most thought were just the generic statements players come out with to appease fans.

“Since I was a young lad I’ve always said that my dream was to play for Manchester United, and I’m not just saying that because I’m here now and today it’s come true,” Sanchez told ManUtd.com. “I always said as a kid that I’d like to play for United and I once spoke to Sir Alex Ferguson about it. We chatted for around 20 minutes. And I told him that my dream was to come here to Manchester United. It really is a massive club, very powerful, and so now, when I got the opportunity to come here, I looked at the badge and my hairs just stood up on end because it’s a powerful club and the biggest in England.