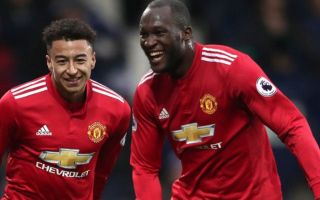 Lukaku breaks the deadlock here and the visitors lead, which a former Baggies player getting the opening goal. Mata and Rashford linking up well down the left-wing, with the latter whipping a good cross into the box to Lukaku who rose open Gibbs at the far post to head the ball into the top corner of the net.

Rashford picked it up on the left-wing, he didn’t have too many other options, but his ball into the area was perfect for Lukaku who rose above his marker to fire United into the lead.

STAT: Since the start of last season, Romelu Lukaku has now scored 31 goals in 39 league appearances against clubs outside the established top six. He didn’t celebrate then against his former club.