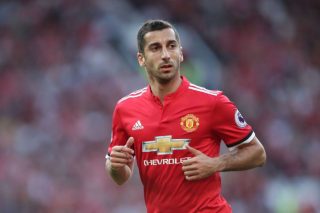 Manchester United midfielder Henrikh Mkhitaryan was involved in a training-ground argument with manager Jose Mourinho last month, according to reports.

The Armenian midfielder has since featured very little for the Red Devils, which is down to an argument that took place during a video analysis session.

It is understood that the 28-year-old was singled out for his performance in United’s 1-0 win over Brighton and Hove Albion on 25 November.

Mkhitaryan was believed to be unhappy that Mourinho singled him following the win at Old Trafford.

The pair engaged in a heat exchange which carried on for sometime after the video analysis session had ended.

Recently, the Portuguese manager yesterday made a statement suggesting that there is currently no place for Mkhitaryan in the United squad.

“I played Martial, Mata and Lingard in the team.

To have Micki means that I don’t have one of them and, in this moment, I believe the other ones they deserve the chance to play.”

Mkhitaryan has failed to make Manchester United 18-man squad for five out of the club’s last six Premier League matches.

Since the reported argument following the Brighton game the 28-year-old is yet to have been selected to play in any competition.

So far this season, the midfielder has two goals and six assists for the Red Devils.