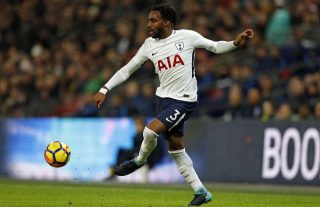 As Shaw’s replacement, Tottenham left-back Rose is the player United should be targeting, according to the former Trinidad and Tobago keeper.

Hislop believes that Rose would act as a good replacement for Ashely Young.

The 27-year-old has just returned from a nine-month injury lay-off and is still trying to recapture his incredible form from last season.

“Danny Rose, he had a few things to say earlier in the season when he was injured, after Kyle Walker left, criticising Tottenham’s transfer policy.

I thought the writing was on the wall for Danny Rose and he would be a welcome addition going to Manchester United.

The thing with this transfer though is that I feel that with Ashley Young has been very good on the left-hand side of defence.

Rose, five years younger than Ashley Young, so it makes some sense in that regard.

Saying that, as of where we are right now, I don’t think Danny Rose is an upgrade on Ashley Young.”