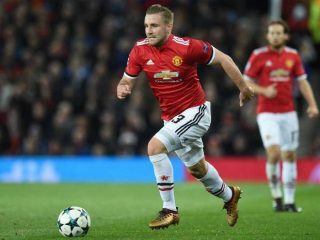 According to ESPN Luke Shaw won’t be part of Mourinho’s plans for next season. He has played only few games this season and he might leave during summer transfer window. Mourinho is not a fan of him and this is a strong reason to not continue playing with Man United.

Latest reports say that Shaw could leave soon, maybe this January transfer window. Newcastle is interested in player’s services and may welcome him in their team.

“I think Shaw is likely to leave.

Jose Mourinho, as much as he’s started him a bit of late, I don’t think he’s ever been a fan.

Newcastle would have him, gladly, and probably that fresh start is exactly what Luke Shaw needs.”