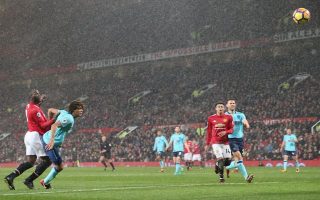 Jose Mourinho’s team won last night against Bournemouth 1-0, after they had lost against Man City last week. The only goal of the match was scored by Romelu Lukaku in the first half to secure 3 valuable points for Red Devils.

Where was Henrikh Mkhitaryan?

Its been several matches since Mkhitaryan has been a starter for Jose Mourinho’s team. Again in the match against Borunemouth he was nowhere to be seen. He made almost a perfect start for the season, with five assists in three matches, but he is struggling to play as a starter and he is not even in bench.

With these few matches played fans of Man United start to wonder if he will be in Mourinho’s plans for the future in Old Trafford.

After match against Bournemouth, in an interview Mourinho stated as follows:

“I can only have six [outfield] players on the bench and I try to have some balance on the bench.

I had two defenders, a central defender and Blind, that can play in different areas.

I have Ashley Young to cover the wing and wing-backs position, Ander Herrera is a midfield player, Zlatan is a striker, Marcus as a second striker and a winger, I played Martial, Mata and Lingard in the team, to have Mkhi means I don’t have one of them.

And at this moment I believe the others, they deserve it.”

Last match that Mkhitaryan played for Man United was in November 25.