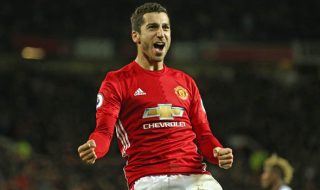 According to latest reports in Sky Italia, Arsenal are pondering over moving for the Dortmund’s marquee midfield player Mkhitaryan.

Mkhitaryan arrived with a big reputation at Dortmund, but he has failed to deliver along with most of his Dortmund team mates this season. Previously, Premier League clubs like Liverpool and Tottenham have shown interest in the Armenian midfielder.