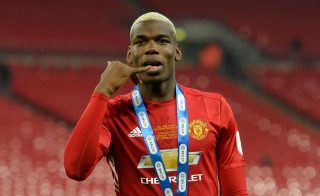 The 26-year-old Ryan Shawcross is very popular to Premier League fans. He joined Manchester United where he managed two first team appearances for them and in 2007 he joined the Potters on loan. During 2010-11 season, Shawcross was given the armband thanks to his fine form last season. Also he became the winner of Stoke City’s Player of the Year award. He was the player the England player who dramatically couldn’t make a goal line block.

In 2015 at the age of 16 Zieler joined Manchester United and played for their youth and reserve squad but he couldn’t make any appearance for the club. Afterward he was transferred to Honnover and this moment scored a different era of his footballer career. . He took a first team number for the 2008-09 season and made the bench for United’s 3-1 win over Middlesbrough in the League Cup. Since the foundation of the German National team, he was considered as the first German goalkeeper to earn a red card when he was sent off against Argentina on 15 August 2012.

During the 2014 FIFA World Cup Zieler along with Roman Weidenfeller, were Germany’s backup goalkeepers to Manuel Neuer, where they were crowned champions.

When Rossi was 17, he signed for Manchester United in 2004. For the first half of the 2006-07 season, he went on loan to Newcastle United but for the latter half of the same season he went on loan to Italian side Parma and scored 9 times in 20 appearances. Before the start of the 2007-08 season, the Italian striker was transferred to Villarreal. He has suffered from several injuries and this is the reason why he declined as a footballer. In spite of all his injures, Rossi has represented Italy 30 times and scored 7 goals.

One of the crucial members of the Barcelona squad for years has been Pique.  He is the winner of four league titles and two Champions League winners’ medal with the Catalan club. Furthermore, Pique started all of Spain’s matches at the 2010 FIFA World Cup and the 2012 Euro, where Spain were crowned champions. At the beginning he started his career at Barcelona’s famous La Masia, but he was transferred to Manchester United before signing his first professional contract with Catalan and on 29 March 2006 he made his full debut against West Ham in a Premier League game, playing as a right back.

After Pogba was transferred to Manchester United academy in 2009 and played with the club’s youth set up for almost a year-and-a-half before he was slowly drafted into the first team setup.  At the end of the season he moved to Juventus where he was an essential member. He was the winner of Serie A titles and the youngster won the Golden Boy award in 2013. He was considered as the best U-21 player. In addition he was awarded as the Best Young Player at the 2014 FIFA World Cup.