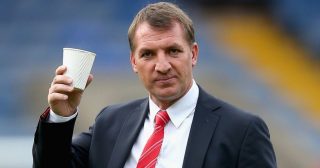 #1 Lack of improvement in Liverpool’s form

This season, since at the beginning Liverpool defeat Southampton and played well in an away defeat against Manchester City. Liverpool’s best performance of the season was the win against Spurs on 31st August and over two months and 13 games have passed since then.

This season, they have failed to win games and have lost against the likes of Aston Villa, West Ham United, Newcastle United and FC Basel.

The worrying factor for Liverpool is that they failed to bounce back from defeats and put up a better performance. Liverpool have been consistently letting down their fans with their performances both up front and at the back.

This season, Liverpool do not have Suarez and for a long time Sturridge has been out of action by cause of an injury. Coupled with the poor form of Balotelli, Borini and Lambert, it has brought Liverpool’s poor defensive displays to the lime light.

Rodgers has been criticized for replacing Pepe Reina with Simon Mignolet despite the fact that Reina is one of Liverpool’s best goal keepers ever.

Rodgers brought in several players to replace Jamie Carragher. He secured the services of Kolo Toure and Mamadou Sakho last season. He then slowly pushed Daniel Agger out of the team despite good performances to accommodate Toure and Sakho. This was not well received by a huge section of the Liverpool fans.

This summer the Liverpool boss brought in Dejan Lovren and that signaled the end of Agger’s Liverpool career. Another baffling decision from Rodgers is his reluctance to drop an out of form Glen Johnson.

Rodgers has added Sakho, Toure, Lovren, Cissokho, Moreno, Manquillo and Ilori to his defensive department and is yet to find the right combination for his back four. By cause of this errors Liverpool have decent defenders who are performing poorly.

#3 Persisting with Steven Gerrard as a holding midfielder

This season Gerrard’s inability to perform as a defensive midfielder was again obvious.

Despite having the option of playing Lucas or Emre Can in the role, the Irishman doesn’t want to drop someone like Gerrard. Gerrard is not a bad player as he can still excel in the role of a deep lying playmaker but he is not a defensive midfielder

#4 Borini and Lambert not getting enough chances

By cause of Luis Suarez’s shift to Barcelona and Daniel Sturridge’s injury Liverpool have a lot of problems this season.

This summer the Reds brought Rickie Lambert from Southampton and Mario Balotelli from AC Milan and also had Fabio Borini turning back from loan at Sunderland.

Rodgers started the season with Sturridge, but an injury to the striker meant that Balotelli had to step up. Sadly, Balotelli has struggled to score any goal for the Reds in the EPL and has only two goals which have come in cup games. It is obvious that Balotelli is not a hardworking running striker like Suarez or Sturridge.

Evidently, the team is not doing well and Rodgers tries to strengthen the team are not working.

Despite spending £200 million in nearly two years, the club is not doing well and this has happened by cause of manager’s inability to spot good players. After the arrival of Brendan Rodgers, Liverpool have purchases 24 players permanently or on loan but sadly only two have been good additions to the squad.

This summer Liverpool went for quantity over quality and that has not helped them so far. This season they should have gone for established players and could have enticed players with the Champions League card. Instead, they went for promising young players instead of experienced campaigners.