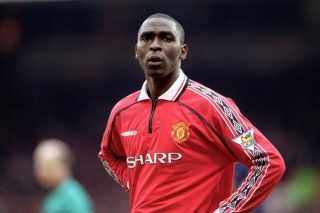 On 15th August 2007 the Argentinean Tevez debuted for Manchester United, starting for an injured Wayne Rooney. Tevez was transferred into one of the most prolific strikers of the Premier League and he win various accolades with the Red Devils such as two Premier League titles(2007/08 and 2008/09), one Football League Cup (2008/09), one FA Community Shield (2008), one FIFA Club World Cup (2008) and one UEFA Champions League title (2007/08) in his two year stint with the red side of Manchester. After he joined rivals Manchester City the protagonist turned antagonist for the United. His bad run with the Manchester City management finally ended his glorious yet rebellious spell in the Premier League, as Tevez was ultimately sold to Serie A giants Juventus in 2013.

In 1992 and 1993 Schmeichel was voted as the World’s Best Goalkeeper and obviously had his best playing day at the Red Side of Manchester. The Great Dane as he was named finished his career on the highest note, winning the Premier League Title, FA Cup and Champions League in a treble winning season with the Red Devils. In 2002 he signed with Manchester City and he played only one season with Sky Blues. Devils were unbeaten against Manchester United during his nine year with Manchester United, while in his single season with City, they won at Maine Road and drew at Old Trafford.

At crucial times for the Red Devils Cole would often score goals and he is the first player to have scored five goals in a Premier League games. In Addition, cole was one of the most consistent players of the early Premier League era. During his career at Manchester United he won five Premier League titles, two FA Cups, two Charity Shields and one UEFA Champions League title. In 2005 Cole was signed by Manchester City after short spells with Backburn Rovers and Fulham. Considering the fact that he has never made any noticeable contribution for the Sky Blues, Cole remained in the heart of United faithful. Cole player in 22 games for City and scored only 7 goals but he failed to bag any trophy.

Owen Hargreaves’ best playing days came in Germany with Bayern Munich but when he was moved to Manchester City and to Manchester United in the season before, he didn’t make any noticeable contribution to either of the Manchester clubs. This happened by cause of his injures and fitness concerns Despite performing  in only 27 appearances for the Red Devils, he once won the Premier League title and UEFA Champions League title with the ‘Red side of Manchester’. At the end of 2012 Hargreaves retired from the City as he failed to land a proper contact.

Sir Alex Ferguson signed Andrei Kanchelskis for just £650,000 and this is maybe one of the best deals done by Manchester United. Knachelskis played in 34 out of 42 league games in the 1991/92 season as United rated second and he become a regular member of the United team. He was a major element of the team as he won the first ever Premier League title and scored 3 goals in 27 league games appearances.

Andrei was loaned to Manchester City by Rangers after a small spell with Fiorentina. In his mere 10 appearances for the Sky Blues the Russian scored only a FA Cup goal.