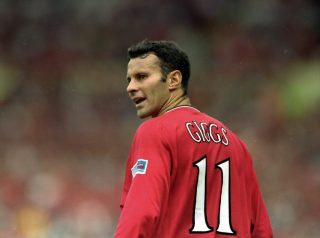 Despite spending most of his career in the hustle and bustle of the Premier League, Duff, the former Blackburn, Chelsea, Newcastle and Fulham winder has never seen a red car in his career. During the last 18 year he plied his trade in the top division and he never once was ejected from a match despite spending 14 years at clubs that weren’t really at the top. His disciplinary record and his ability to control his emotion when fouled are extremely commendable.

He record is remarkable as he  is the second most capped player in La Liga with 550 appearances for Real Madrid.

Ryan Giggs has always tried to not been angry or frustrated during his 24-year-career despite playing in 672 games. Giggs was very consistent in the most punishing football tournament in the world. He was never been pushed to the brink of a red card despite its challenges and this has happened due to his amount of patience and composure.<

Lahm is a splendid player and during his 11-year-career he’s never gotten a red card. He has played is some of the biggest games of his generation and he has never been sent off. To conclude in only one word he is simply a legend.

Gary Lineker is the England’s second highest goal scorer and he has never been booked in his career as he has never been shown a yellow or red car. One of the most sought after strikers of his time is definitely Lineker and he played for some big teams in Barcelona, Everton, Leicester and Tottenham Hotspur.  He managed to possess the calm and the patience to go through 466 matches without picking a booking.