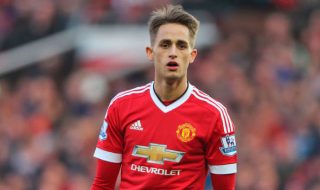 According to the report published in The Sun, three Champions League sides are looking at taking Manchester United youth prodigy Adnan Januzaj on loan for the rest of the season.

The out-of-favour Belgium international has struggled to make any impact this season and find himself behind the star studded attack talent of Man Utd. And The Sun now report that the 19-year-old could be handed a chance to rediscover his form during the remainder of this season in the form of a loan move to a Champions League side.

“Adnan Januzaj has been offered three routes into the Champions League. Paris Saint-Germain, Porto and Juventus all want the Manchester United winger on loan,” their report claims.