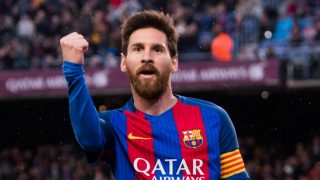 Ronaldinho shone on to the scene with a series of dazzling performances for the Brazilian national team and helped them to the 2002 World Cup. After that, the Brazilian genius would unite Barcelona and there he had the most important years of his career.

The next four years would be considered as the “age of Ronaldlnho”. Ronaldinho ruled the footballing world like Titans used to run their universe; with total power. During those years he has always been the best player and none couldn’t compare to him.

Ariel Ortega, different from many other on the list, was not a complete package but when it came to close ball control, there were few who were better than this man. The enigmatic and often temperamental playmaker nicknamed El Burrito, “the little donkey” had the world at his feet but could never really take flight.

Factually, his most important World Cup memory remains that of head butting Edwin van der Sar rather than of an exquisite flick of his left boot. Ortega never quite justified his great talent with his overhaul of medals either club or international level but his skills, when looked back upon leaves most gasping for air.

Part of the actual generation bodes of a couple of these geniuses, who can be credited with the beautiful game is also Lionel Messi as he stands out like a genius that we may not see again arrive at the scene for some time.

The small left-footer much like his preceding Argentine genius, Diego Maradona, has the ability to take the game by the scruff and alter it altogether with his easygoing dribbling skills and captive the crowd with his play.

The phenomenal Lionel Messi is the winner of FIFA Ballon D’ or awards four times and these medal stand as a testament of the legend.

Nazário de Lima or mostly known  as Ronaldo like Pele, is very much well-known for very impressive finishes but the Brazilian hitman was a special breed as he combined the power of a typical centre-forward, the sophistication of a playmaker and the dribbling skills of a winger.

There was nothing that could stop him expect for injuries. The only trophy he couldn’t win was the Champions League medal. However, he won everything there was to be won by the modern day footballer in Europe.

Diego Maradona wasn’t a once in a generation talent but he was once in a century talent. He joint to winners of FIFA’s player of the century as the Argentine was a dribbler of the highest quality and a near complete player.

With his performances at the 1986 World Cup Maradona deserved his place in footballing folklore as he nearly single-handedly dragged Argentina to the title. Despite being a controversial figure, he adored and loved by everyone around the globe for his mercurial talent.

The left-footed genius is factually credited with scoring The Goal of the Century, so called because it is often considered as the most astonishing individual goal of all time.

Garrincha, also nicknamed “The King of Dribble” is considered as a legend in the history of football. The Brazilian legend had a connection with the ball that many won’t believe unless and until they see real footage of his extraordinary skills at play. He was considered by everyone as the greatest dribbler ever to grace the football field as he has an air of high self-confidence on the ball and a courageous nature that very few ever imagined. Garrincha will be unforgettable for his sublime touches and marvelous dribbles.